Maltahöhe is a village in southern central Namibia close to the Swartrand escarpment, about 110 km west of Mariental in the Hardap Region. It has about 6,000 inhabitants and owns about 17,000 hectares of land. Maltahöhe has two suburbs, the Andreville location and the Blikkiesdorp (literally Afrikaans: Tin Town) informal settlement which has neither sewerage nor electricity supply. 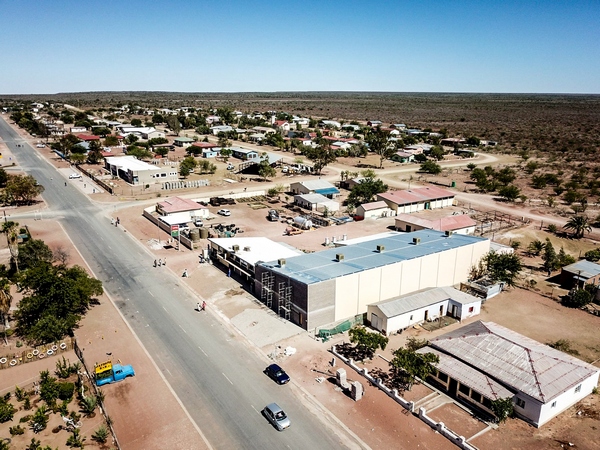 Maltahöhe got its name from the German Hauptmann Henning von Burgsdorf who supervised a police station of the Imperial German colonial administration here in 1895. He named the place after his wife Malta.

After the end of the German colonial era in South-West Africa the settlement became a small hub for tourism, serving as gateway to popular destinations like the Sossusvlei, Solitaire, Sesriem, and Duwisib Castle. The Maltahöhe Hotel was founded in 1907 and is the oldest country hotel in Namibia.

Maltahohe is a home of Amaburuxa cultural group

Maltahöhe has been in steady decline for a number of decades. There is one retail store in town; Woermann Brock, another one stopped business before 1980. Until after the year 2000 Maltahöhe used to have town status. Due to mismanagement and infighting between councillors it was downgraded to "village". Since then many business people have left and unemployment has risen. There is no Senior Secondary School.

The town also used to be a centre for karakul sheep farming, but this branch of agriculture has likewise been shrinking. Unemployment is high with only about 500 residents in possession of some sort of job. Alcohol abuse is common, particularly in the suburbs.

The small town of Maltahohe, situated on the edge of the Namib Desert, was founded in 1900 and owes its name to Malta von Burgsdorf, wife of the German commander of the Gibeon garrison.

The town was once an important agricultural center, the nearby farm Nomtsas was established as a sheep farm of some 100,000 ha by the turn of the century. Later, Maltahohe became the center of the karakul trade. The area around the town is spectacular, encompassing the Tsaris, Namgorab and Nubub mountain ranges that border the central highland plateau.

Leliepan (Lily Pan), 40 km north of Maltahöhe on the farm Sandhof, is usually bone-dry but after good rains this salt pan fills with water; a few days later the entire 700 hectare surface of the pan becomes covered with Amaryllis lilies (Crinum paludosum). This beautiful display of white and pink flowers only lasts for a week and usually takes place around February.