Introduction. The integration of Walvis Bay into Namibia on 1 March 1994 figuratively opened the fiscal and legislative doors for new investment opportunities for foreign as well as local investors.
Walvis Bay by far the biggest port for containerised goods and already the second largest population and 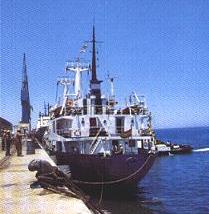 industrial centre after the capital Windhoek, has several advantages in its favour to promote it in the medium term to the largest industrial and economic growth centre in Namibia.
Namibia's potential to serve as a gateway to Central Africa and more specifically to its land locked neighbours is now being realised with the Trans Caprivi Highway nearing completion and the Trans Kalahari Highway due for completion in 1999.
These two highways will make it cheaper for suppliers to consign goods via Walvis Bay rather than Cape Town, Maputo or Durban - especially so in the case of North American and European suppliers since Walvis Bay is three days sailing time closer to them than Cape Town. These factors led to Walvis Bay being chosen as a logical and favoured E.P.Z. location.
The E.P.Z. concept. The concept of an export processing zone is the creation of a non-restrictive 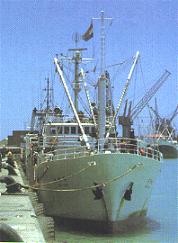 environment with tax and other incentives to attract investors while at the same time creating employment and development opportunities and boosting the economy of the region hosting the E.P.Z. An E.P.Z. offers the ideal climate for manufacturing companies wishing to export to a new markets from a restriction free, non-competitive environment offered by the host country in exchange for the opportunity to decrease its unemployment rate, broadening the economic base and attracting development.
Enterprises with E.P.Z. status will not pay: 1) corporate tax, 2) import duties on imported intermediate and capital goods, 3) sales tax, stamp and transfer duties on goods and services required for manufacturing activities.
In time E.P.Z. enterprises will provide institutional and on-the-job training to Namibian citizens. The Namibian government will provide grants of 75% of the direct costs of approved training plans.
Both the entrepreneur and the host country are thus in a beneficial position.
The Walvis Bay experience. The E.P.Z. in Walvis Bay are now into its second year of existence and already some 18 companies from countries as far afield as the United Kingdom, Germany, Israel, South Africa, Italy and Botswana applied for and were granted E.P.Z. status in Namibia. Of these, five companies are already operational producing goods from clothing, automotive parts, building materials and charcoal for the export market.
More than N$ 80 million of investment have so far been attracted and some 300 much needed job opportunities for Namibia have been created.
The present state of the E.P.Z. program is, however, not merely a sigh of achievement but a symbol of potential. With proper promotional and facilitation work as well as improved infrastructure, Namibia's competitiveness as 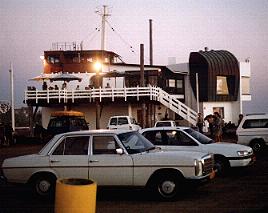 an investment location can be promoted to world-class standards.
The projected total investment of 18 companies which so far applied for E.P.Z. status stands at over N$ 200 million with a n estimated 2000 job opportunities.
Conclusion. There can be no doubt that the E.P.Z. concept can be a conduit to propel the export economy of Namibia from its present classification as a lower-middle income country, ranking 70th in the World Tables (World Development report 1994), to a significantly higher level.
According to the Mayor of Walvis Bay during the Presidents Economic Advisory Council meeting in August 1997, there are still too much exports from Namibia leaving the country as raw materials with no value added.
He noted that 14 000 tons of marble, 900 tons of skins and hides and 350 000 tons of salt leave the port of Walvis Bay in a raw state. In addition 150 000 head of cattle and 2 million small stock leave Namibia every year to be slaughtered in South Africa.
This is a clear indication that the Namibian business community is not doing enough to realise the full contribution that can be made to the economic development of the country.
The ideal is that local entrepreneurs should grasp the opportunities offered by the E.P.Z. to add value before exporting.